Which US States have the highest annual per capita rate of alcohol consumption? The results of a recent report by the Beer Institute, will probably surprise you.

Every resident of the Green Mountain State consumes on average 32 gallons (some 121 litres) of alcohol per year. 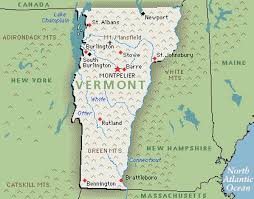 According to the Beer Institute, Nevadans imbibe 33 gallons (about 125 litres) each of alcohol each year.

Big Sky Country dwellers are reported to down 34 gallons (almost 130 litres) per person on an annual basis.

With each North Dakota resident drinking 35 gallons (approximately 133 litres) of alcohol annually, the 39th state ranks second highest in the land when it comes to tippling.

Residents of the Granite State guzzle an astounding 40.8 gallons (some 155 litres) each per year, far outstripping their fellow countrymen in terms of annual alcohol consumption.